What Is Mental Health?

​
​ A person's mental health is their condition with regard to their psychological and emotional well-being. It affects how we feel, think, and act. Mental health problems are more common than most people know. Nearly 1 in 5 adults and children experience a mental health illness during their lifetime. Are you curious if you, or a loved one, may be part of the 20%?

Listed below are some common mental health disorders that children and/or adults may struggle with.

Attention-Deficit/Hyperactivity Disorder (ADHD)
Attention-deficit/hyperactivity disorder (ADHD) is a chronic condition that affects millions of children and often continues into adulthood. ADHD includes a combination of persistent problems, such as difficulty sustaining attention, hyperactivity and impulsive behavior. Children with ADHD also may struggle with low self-esteem, troubled relationships and poor performance in school. Symptoms sometimes lessen with age. However, some people never completely outgrow their ADHD symptoms, but they can learn strategies to be successful. While treatment won't cure ADHD, it can help a great deal with symptoms. Early diagnosis and treatment can make a big difference in outcome. Symptoms may include:
​
Oppositional Defiant Disorder (ODD)
It may be difficult to recognize the difference between a strong-willed child and one with oppositional defiant disorder. It is normal for children to exhibit oppositional behavior at different stages in their development. Signs of ODD typically begin during the preschool years. ODD may develop later, but is almost always before the early teen years. These behaviors can cause significant impairment with family, social activities, school, and work. ODD can vary in severity. Symptoms of ODD may include:
Anxiety Disorders
Experiencing occasional anxiety is a normal part of life. However, people with anxiety disorders frequently have intense, excessive and persistent worry and fear about everyday situations. Often, anxiety disorders involve repeated episodes of sudden feelings of intense anxiety and fear or terror that reach a peak within minutes (panic attacks).
Symptoms may start during childhood or the teen years and continue into adulthood. Some symptoms may include:


Depression
Depression is a mood disorder that causes a persistent feeling of sadness and loss of interest. It affects how you feel, think and behave and can lead to a variety of emotional and physical problems. You may have trouble doing normal day-to-day activities, and sometimes you may feel as if life isn't worth living. More than just "feeling the blues", depression isn't a weakness and you can't simply "snap out" of it. While depression may occur only once during your life, people typically have multiple episodes. Symptoms during these episodes may include:


Post-Traumatic Stress Disorder (PTSD)
Post-traumatic stress disorder (PTSD) is a mental health condition that's triggered by a terrifying event — either experiencing it or witnessing it. PTSD can develop from anything traumatic -from physical violence or assault, to experiencing a natural disaster or accident. Getting effective treatment after PTSD symptoms develop can be critical to reduce symptoms and improve function.

PTSD symptoms may start within one month of a traumatic event, but sometimes symptoms may not appear until years after the event. PTSD can affect children and adults alike. PTSD symptoms are generally grouped into four types - intrusive memories, avoidance, negative changes in thinking or mood, and changes in physical and emotional reactions. 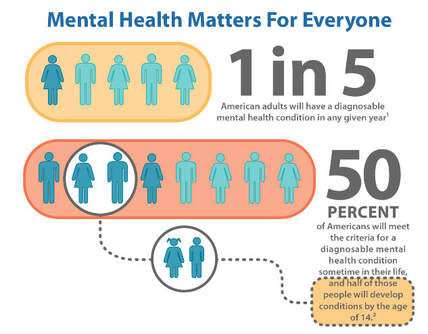 You don't have to have it all figured out to move forward.... just take the next step." 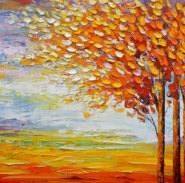